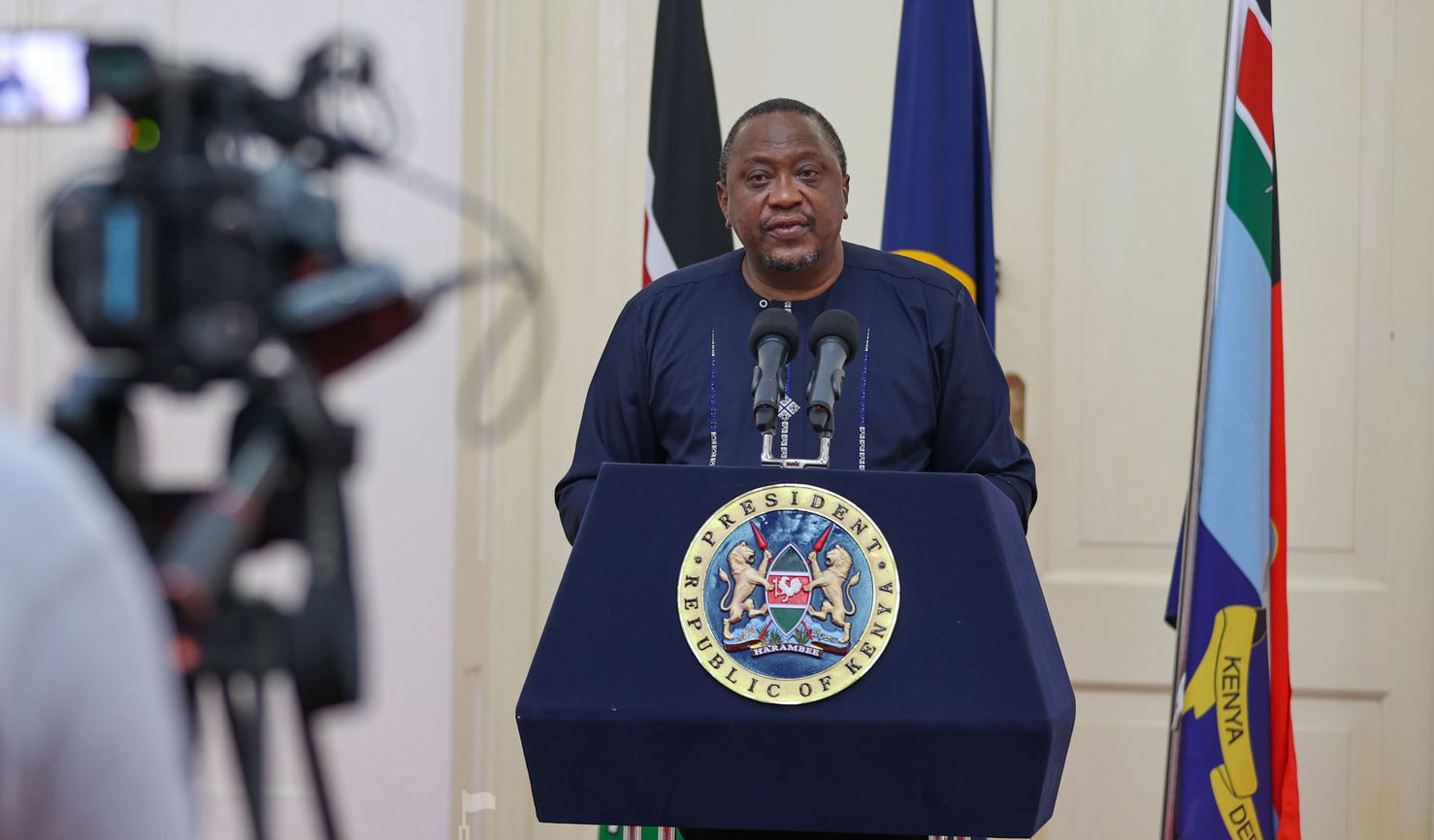 The National Treasury has omitted allocations for President Uhuru Kenyatta’s retirement office and staff from the budget for the year starting July, another pointer to the Head of State’s quest to remain active in party politics.

The budget estimates tabled in Parliament failed to allocate an estimated Sh100 million that would have catered for a fully furnished office for the retired president, aides, limousines and other perks like house, fuel and entertainment allowances.

It is understood that the Treasury is avoiding breaching sections of the law that bars a retired president from holding office in a political party six months after retirement.

Voters are due to go to the polls on August 9 but Mr Kenyatta will not be on the ballot due to a constitutional term limit of two five-year terms.

Mr Kenyatta was offered a five-year term as head of the Jubilee Party in February and is listed as chairman of Azimio la Umoja One Kenya Coalition’s council, the vehicle veteran opposition leader Raila Odinga used to launch his fifth bid for Kenya’s presidency.

The law allows the Treasury to provide a retired president with a monthly pension of Sh691,200 irrespective of political affiliation.

The budget estimates tabled in Parliament show that the Treasury has created a new budget vote labeled gratuity for retired presidents from July 2022, which coincides with the end of Mr Kenyatta’s second and last term after the August polls.

The new vote has been allocated Sh72 million for the year starting July and will increase to Sh79.2 million in the 2024 financial year.

The Treasury has also increased an allocation for the retired presidents’ pension from the current Sh34.4 million, which caters for former President Mwai Kibaki’s retirement benefits, to Sh42.42 million starting July next year.

This translates to an additional monthly pension of Sh666,700 and nearly matches the amount that will be due to Mr Kenyatta in line with the Presidential Retirement Benefits Act, 2003.

A retired president’s once-a-month pension is set at 80 percent of his pensionable salary, which is equivalent to 60 percent of Sh1.44 million monthly pay offered to the sitting president.

He also has other perks like fuel, house and entertainment allowances, which pushes the overall benefits above the salaries and allowances of top chief executives of State-owned firms like KenGen #ticker: KEGN, Kenya-Re #ticker: KNRE, and Kenya Power #ticker: KPLC.

Benefits of the retired presidents have come under sharp focus, especially in the past couple of years when allocations increased by large margins, even as the government insisted that it had put in place austerity measures to contain a growing public sector wage bill.

In 2015, the High Court stopped the government from paying allowances worth millions of shillings to former President Daniel arap Moi, who died on February 4, 2020, and Mr Kibaki after finding that they were an unnecessary burden to the taxpayers.

The Attorney-General has since appealed the decision, allowing them to continue enjoying the high pay.

The law also entitles them to two personal assistants, four secretaries, four messengers as well as four drivers and bodyguards, pushing the office and home workers to 34 under the scheme funded by taxpayers.

Retired presidents are also entitled to four cars, including two limousines, which are replaced every four years. They have full medical cover and fully furnished offices.

Besides pension, Mr Kibaki enjoys the perks that President Kenyatta will be denied due to his dealings in a political party.

“A retired president shall not hold office in any political party for more than six months after ceasing to hold office as President,” says the Presidential Retirement Benefits Act.

Mr Kibaki has kept off politics since retiring in 2013. The Treasury has allocated him Sh100.1 million to run his office, up from the current Sh98.6 million.

Mr Kenyatta is supporting his former political foe, Mr Odinga, after the two made peace in early 2018, effectively sidelining Deputy President William Ruto, who has been vocal about his own presidential ambitions.

Dr Ruto quit the ruling Jubilee Party and is running on the ticket of the United Democratic Alliance (UDA).

Mr Odinga and Dr Ruto have been battling it out on the campaign trail, especially in central Kenya, where Mr Kenyatta’s ethnic Kikuyu votes are up for grabs.

The lavish exit package has also come under heavy criticism on grounds that some of the retired State officials left office as rich men with property worth billions of shillings and vast business interests.

The Kenyatta family owns a significant stake in Commercial Bank of Africa (CBA) that recently merged with the listed NIC Bank to form NCBA Group #ticker: NCBA —which is listed on the Nairobi Securities Exchange (NSE) #ticker: NSE.

The Kenyattas control about 13.2 percent of the new entity, valuing their stake at Sh5.82 billion based on the bank’s market valuation of Sh44.2 billion at close of trading yesterday.

The family is also linked to Media Max Company – which owns K24 TV, Kameme Radio spirit The People Daily newspaper – and thousands of acres of prime land across Kenya.

What are some criminal defense strategies used by attorneys?

The State of Disaster is a disaster

What are some criminal defense strategies used by attorneys?