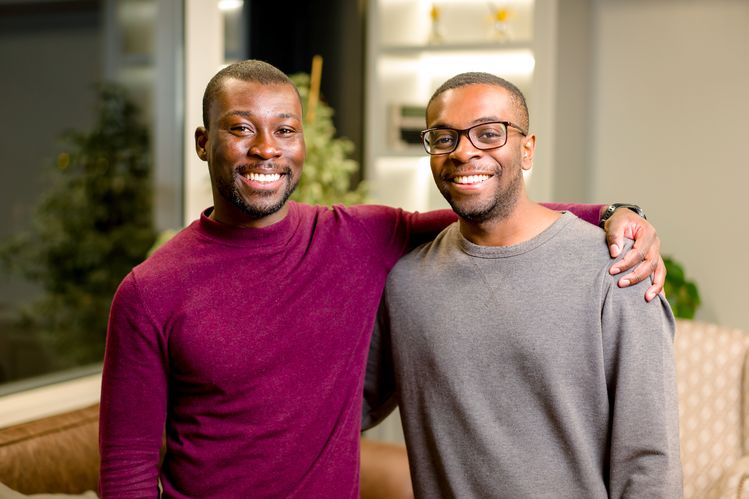 Asked what he thinks the City should do to tackle racial inequality in the workplace, Nii Cleland, a former Goldman Sachs banker and co-founder of Flair Impact, has plenty of answers.

In 2020, as the murder of George Floyd sparked global protests, Cleland and his cousin, Darrell Coker, watched corporations put out their responses. As the Black Lives Matter movement surged in popularity, the two Black founders were asked to give multiple talks on the lack of racial equity in the technology sector. It led them to consider their own experiences.

“We felt it was all a bit rushed,” Cleland, who used to work in emerging market sales at Goldman Sachs in London until 2016, told Financial News. He co-founded Flair Football, now just called Flair, in March 2017.

“They did not have good measures of progress in place to actually understand if their initiatives were truly impacting the reduction of racial bias in their cultures and organizations. We did not have the confidence that the organizations had truly understood where their racial biases may lie before coming out with the plans. ”

Cleland and Coker decided in the summer of 2020 to pivot their startup Flair from a social network for young football players, to one helping organizations measure progress in building racially equitable workplaces, starting with schools and spreading to the corporate world.

Brought on by the pandemic, where during lockdowns gyms and sporting grounds were closed, the change was initially “tough”, as Cleland explained in an interview with the UCL School of Management, where he did his Master’s.

The founders had to let go of some employees and were forced to innovate: “we essentially had to start afresh and search for a new problem”. They now have 100 clients including Big Four firm EY.

Flair, a 19-strong startup, uses anonymized surveys of employees on racial awareness, racial inclusion, racist behavior and racial diversity to track soft metrics and understand the culture of an organization to pinpoint what it needs to work on.

Flair then presents the company with a dashboard showing them how they performed, giving them recommendations on how to improve. The survey is then repeated annually to see how they have progressed.

Flair has the tailwinds of increased focus on diversity in the City. The UK’s government and regulators are mulling fresh measures to boost representation of ethnic minorities. And in July, the Bank of England, the Financial Conduct Authority and the Prudential Regulation Authority published a set of recommendations to improve diversity and inclusion, which included linking executive pay to metrics.

Breaking into the City, however, has been hard.

“It’s closed off,” said Cleland. “The City should partner with more [external] organizations; they do not need to try and solve this internally. ”

One measure that has been gaining ground in the Square Mile is ethnicity pay-gap reporting. A report published in February by the House of Commons committee called on the government to make this mandatory by April 2023.

Since 2017, gender pay-gap reporting has been mandatory for companies with more than 250 employees. This, argued Laurie Ollivent, an employment lawyer at Linklaters, has “shone a light on societal inequalities” and given companies “a good opportunity to articulate their approach to addressing equality issues”.

For Cleland, ethnicity pay-gap reporting is a “very powerful tool” and he encourages companies to publish the data on a voluntary basis, not wait until it is mandatory. However, it may not reveal crucial information on inclusion, particularly around the retention of employees from ethnic minority backgrounds.

“Often, in that early stage, there’s less [pay] differentiation, and it can be flat, ”said Cleland. “There’s the possibility that ethnicity pay-gap reporting will not reveal crucial information at a stage in people’s careers where racial inequity is often cited as a reason for leaving employment.”

One of the main challenges for diversity – part of the ‘social’ element in environmental, social and governance investing – is that data collection relies on employees voluntarily disclosing their gender or ethnicity, for example. This can impact the quantity of data that can be analyzed in pay-gap reporting.

For City employment lawyer Arpita Dutt, the first need for companies is to “increase trust and confidence to ensure workers feel safe to report”.

A Financial Services Skills Commission and Financial Services Culture Board survey on inclusion published in February found that Black employees in the sector were “most likely to say they did not feel as if they belong”. The two independent bodies recommended that City firms extend their tracking to include inclusion, not just diversity.

“Organizations should try and instill in their employees that it is part of their role to drive diversity and inclusion, whether it is through promotion, pay, whatever it may be.”

To contact the author of this story with feedback or news, email Bérengère Sim

Investors should not ‘bottom fish’ based on stock declines’: Strategist