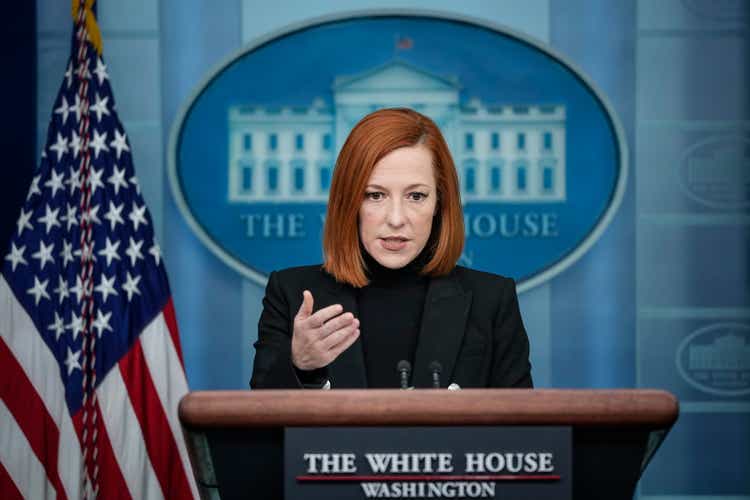 White House Press Secretary Jen Psaki is in advanced talks to exit her administration role and join MSNBC (NASDAQ: CMCSA + 1%) as an analyst and program host, according to media reports.

No contracts have been signed (in accordance with ethics rules). But Psaki has informally told some senior White House officials about her plans, Axios reports.

Psaki is set to host a show on NBCUniversal’s Peacock streaming service, as well as act on a voice on different MSNBC shows – but not to take over Rachel Maddow’s 9 pm hour despite speculation, according to the report.

Such a move would follow in the footsteps of Symone Sanders, a former spokesperson for Vice President Kamala Harris who signed an exclusive deal with MSNBC in January. From the last administration, former press secretary Kayleigh McEnany is a commentator on Fox news (FOX -0.6%FOXA -0.7%), and former press secretary Sean Spicer hosts a show on Newsmax. And former Trump official Mick Mulvaney has recently become a paid contributor to CBS News (PARA -1.2%PARAA -1.1%).

Dear readers: We recognize that politics often intersects with the financial news of the day, so we invite you to click here to join the separate political discussion.

If World Happiness Reports Make You Miserable, Join the Club