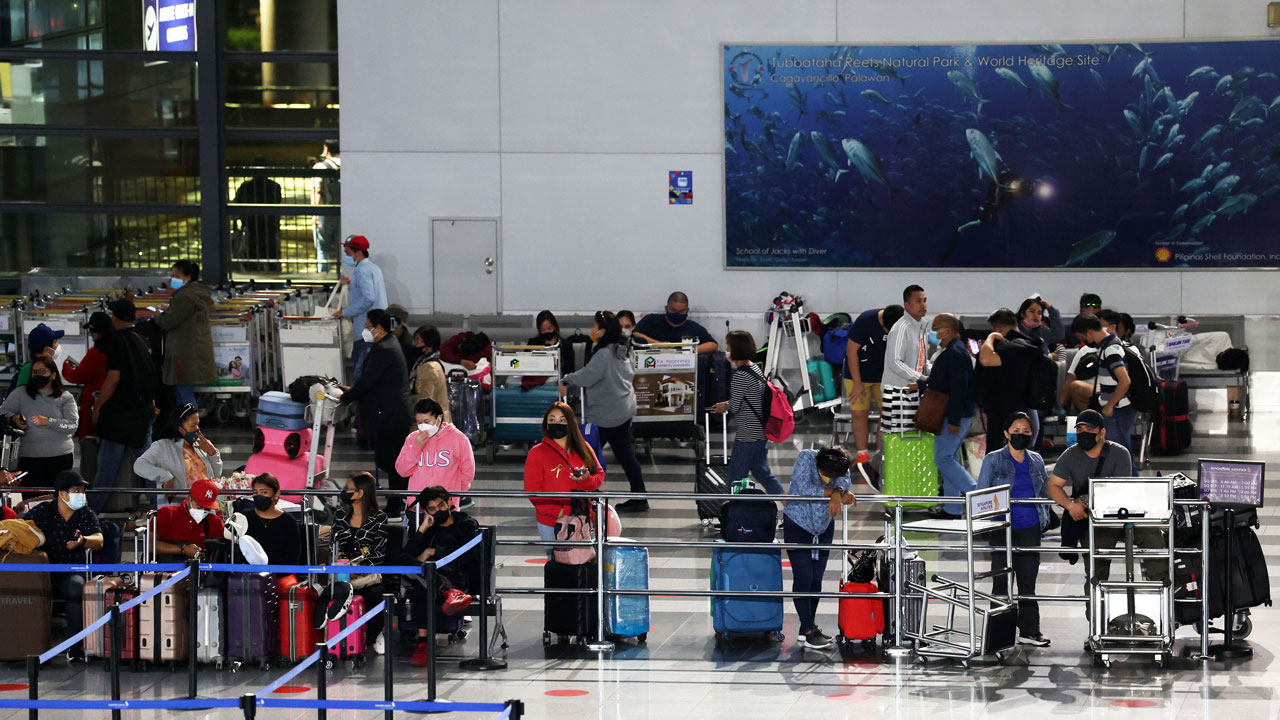 REMITTANCE INFLOWS to the Philippines are expected to rise by 3.6% this year, the World Bank (WB) said, but it sees growth slowing in 2023 as a looming global economic slowdown is likely to weigh on overseas Filipino workers’ (OFWs) ability to send more money home.

On the other hand, Bangko Sentral ng Pilipinas Governor Felipe M. Medalla said he expects OFW remittances “to be 4% to 5% higher (in 2022) than last year.”

In the latest World Bank Migration and Development Brief, the multilateral lender said remittance inflows to the Philippines are estimated to go up 3.6% to $38 billion this year.

The World Bank and BSP’s remittance growth forecasts are slower than the 5.1% annual expansion seen in 2021.

“(Remittance growth) reflected benefits of bilateral arrangements that the Filipino government forged recently with destination governments (including Saudi Arabia) to improve the treatment of Filipino workers,” the World Bank said.

The Philippines lifted the ban on the deployment of OFWs to Saudi Arabia in November. The ban was imposed in 2021 due to reports of alleged maltreatment of OFWs by Saudi employers.

“With nearly 40-60% of their emigrants employed in the United States and the United Kingdom, the Philippines and Vietnam benefited from the wage hikes and labor shortages in these countries, even as the pandemic-related stimulus subsidies were phased out and record-high inflation eroded their remitting ability,” it said.

According to the World Bank, remittances to low- and middle-income countries jumped by an estimated 5% to $626 billion this year, slower than the 10.2% increase in 2021.

This year, the Philippines is expected to be the fourth-biggest recipient of remittances, after India ($100 billion), Mexico ($60 billion) and China ($51 billion).

India is the first country on track to receive more than $100 billion in annual remittances, the World Bank said.

Remittances to East Asia are projected to have inched up 0.7% to $134 billion in 2022, reversing the decline in the last two years. Excluding China, remittances to the region likely went up 3.7%.

“Migrants help to ease tight labor markets in host countries while supporting their families through remittances. Inclusive social protection policies have helped workers weather the income and employment uncertainties created by the COVID-19 (coronavirus disease 2019) pandemic. Such policies have global impacts through remittances and must be continued,” Michal Rutkowski, World Bank Global Director for Social Protection and Jobs, said in a statement.

SLOWER GROWTH
The World Bank said remittances may grow at a slower pace of 2% to $639 billion in 2023, as a global slowdown may slash migrants’ wage gains in host countries.

“Downside risks, including a further deterioration in the war in Ukraine, volatile oil prices and currency exchange rates, and a deeper-than-expected downturn in major high-income countries, are substantial,” it added.

The World Bank expects the growth of remittance inflows to the Philippines to ease to 2% to $39 billion in 2023.

An economic slowdown and a cost-of-living crisis in migrants’ destination countries will likely aetcect remittance inetcows to East Asia, including the Philippines.

“Real GDP growth in high-income countries is projected to halve from 2.4% to 1.1%, with inetcation remaining high at 4.4%. This will curtail East Asian migrants’ ability to remit, especially if job losses occur,” it said.

“When global demand for manufactured products slumps and migrants lose their jobs, remittance etcows to the lower-income countries are adversely aetcected. The combined impact of these factors suggests that remittance growth in East Asia will be marginally negative (-1%) in 2023 with inetcows totaling $133 billion,” the World Bank said.

US CDC no longer recommends student quarantine for COVID-19 exposure

Core industries’ output growth hits a 3-month high of 7.4 per...