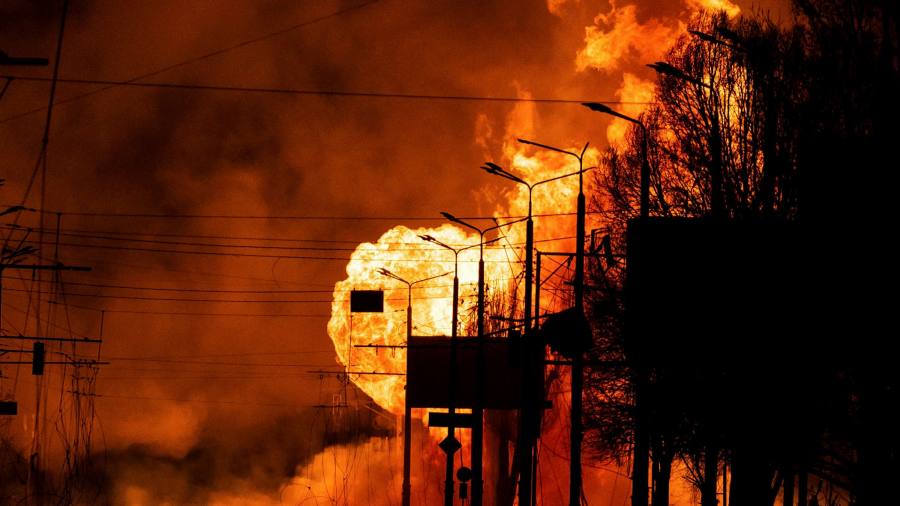 US government debt came under fresh pressure on Friday, following the worst quarter for Treasuries on record, as investors looked ahead to central banks tightening monetary policy to curb surging inflation.

Earlier this week, two-year yields – which closely track interest rate expectations – rose above 10-year yields for the first time since August 2019. Such inversions have typically been perceived as a sign that the economy is at risk of recession.

The inversion “is something to keep an eye on, but more likely indicates recession in late 2023 / early 2024 rather than imminently”, Emmanuel Cau, European equity strategist at Barclays, said in a note.

In equity markets, European shares and US stock futures inched higher on Friday after closing out their worst quarter in two years.

The regional Stoxx Europe 600 index, which fell almost 7 per cent in the first quarter of the year, rose 0.3 per cent in Friday morning trade. Germany’s Dax traded flat, while London’s FTSE 100 added 0.3 per cent

The moves followed declines on Wall Street driven by growing pessimism over peace talks in Ukraine, high levels of inflation and the expectation of several rates increases this year.

Wall Street’s benchmark S&P 500 and the tech-heavy Nasdaq Composite fell 4.9 percent and 9.1 percent, respectively, in the first three months of the year.

A fresh batch of US employment data, due out later today, could influence the pace at which the US Federal Reserve chooses to tighten monetary conditions at its next meeting in May.

“If the number is soft enough to pause the Fed, it would suggest we’re starting a recession already. . . which would be bearish, ”said Mike Zigmont, head of trading and research at Harvest Volatility Management. “If the number is strong, it only gives the Fed more reason to hike faster.”

Oil prices continued to decline, meanwhile, after the White House announced a “historic release” from its emergency reserves, pledging to boost supply by around 1mn barrels per day for the next six months in an effort to cool prices that have soared since Russia invaded Ukraine.

Brent crude, the international benchmark, fell 0.8 per cent to trade at $ 104 per barrel, while US marker West Texas Intermediate fell 1.3 per cent to $ 99.

Both indices later pared back losses, with the Hang Seng down 0.9 per cent and the Topix 0.1 per cent lower in afternoon trading.