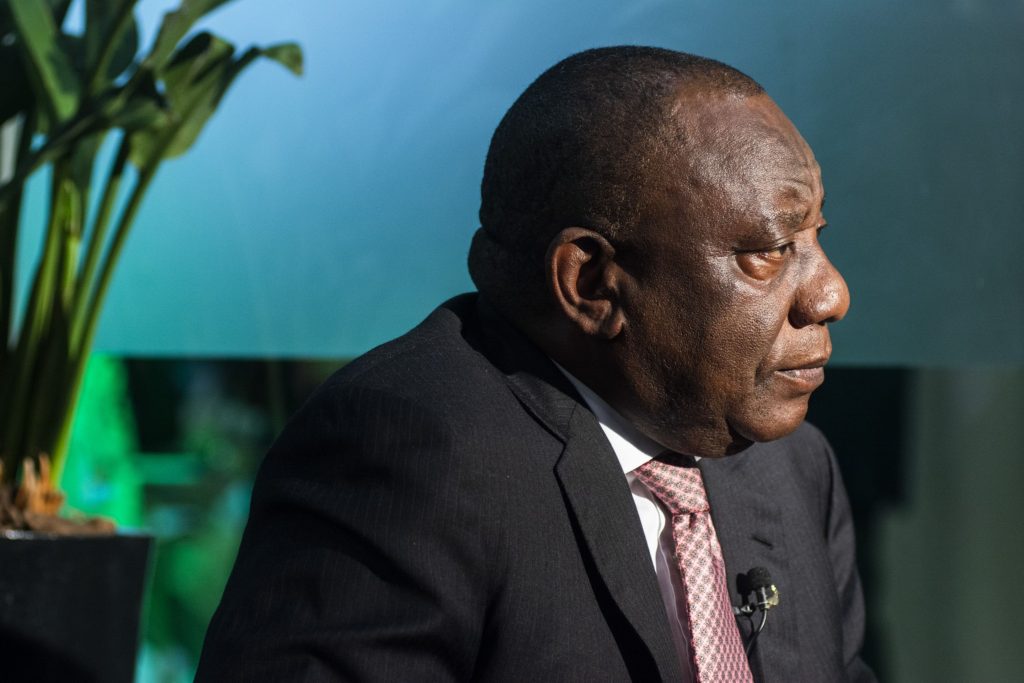 The US urged South Africa to clarify its stance on the war in Ukraine, backing the European Union’s push for President Cyril Ramaphosa’s administration to take a harder line against the Russian incursion.

On the day the invasion began, South Africa’s foreign ministry urged Russia to immediately withdraw its forces and respect Ukraine’s territorial integrity. A day later, Ramaphosa took a different tack, saying US President Joe Biden should have agreed to an unconditional meeting with Russian President Vladimir Putin to avert war, and called for dialogue.

While the US supports South Africa’s call for negotiations, it also wants a strong, unified stance against Russia, acting US Ambassador Todd Haskell said in remarks aired on Johannesburg-based broadcaster eNCA. He cited a quote by Brazilian educator Paulo Freire, repeated by former South African Nobel laureate Archbishop Desmond Tutu, that failing to take a position in conflicts between oppressors and the oppressed means to side with the oppressor, not to be neutral.

“We think it’s really important when we look at this unprovoked aggression, this attack against democracy, Russia’s war against Ukraine, Putin’s war on Ukraine – it’s important to say this is wrong,” Haskell said.

South Africa was among 16 of Africa’s 54 nations that, like China and India, abstained this week from voting on a United Nations resolution condemning the incursion. Eight other African nations were not present for the vote and one – Eritrea – opposed it.

The African antipathy toward censoring Putin’s administration partly reflected their military links to Russia, Kenyan political activist Nanjala Nyaboka said on Twitter. Africa bought almost 50% of its military equipment from Russia in 2015–2019, almost double its weapons imports from the US and China, according to the South African Institute of International Affairs.

Russia also has a huge military presence in Africa. @LaurenBinDC shared this graphic a few days ago. Layer this map with how the UN vote went and you see a lot of correlation. The Global North does not have a monopoly on acting for its own self interest. pic.twitter.com/vYiUdGaZjI

South Africa’s response to the war reflects an attempt to balance historic ties to Russia with its economic links to the US and Europe.

Russia was a key ally in the ruling African National Congress’ fight against White-minority rule that ended in 1994, and like South Africa it is a member of the five-nation group of emerging markets known as BRICS. Still, Russia’s economic ties to South Africa are negligible when compared with the EU and the US, which along with China rank as its top three trading partners.

“Sitting on the fence is not an option,” she said in an emailed response to questions. “Once we figure out what the South African government stance really is” the EU will consider what the repercussions are, she said.

Bank of Israel: We’re in no rush to raise rates