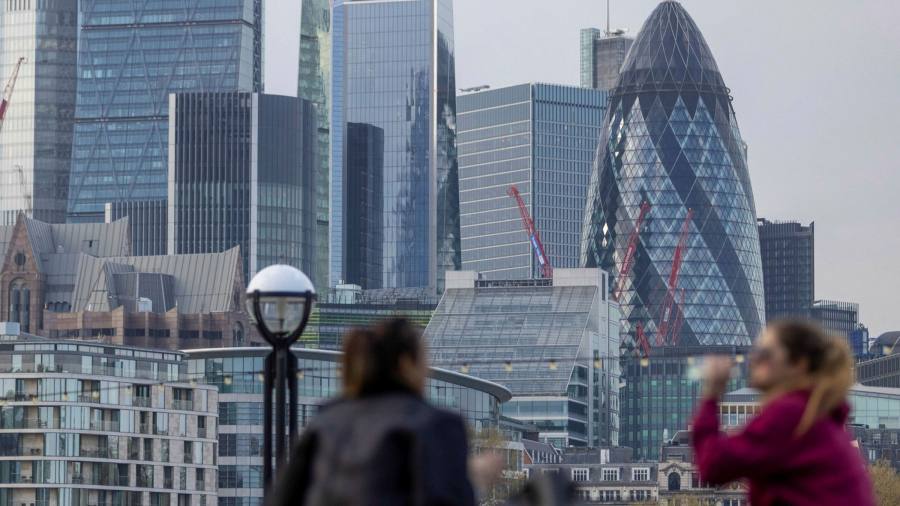 The breakdown of regulatory co-operation between the UK and EU over financial services has become “collateral damage” in the dispute over the Northern Irish protocol, according to peers.

The House of Lords committee looking at how Brexit is hitting the City of London raised concerns on Thursday about the lack of a functioning framework for UK-EU co-operation.

It found that the UK government has shown reluctance to engage with Brussels, and urged both sides to talk about financial services at a political level.

Lord Kinnoull, also known as Charles Hay, chair of the committee, told the Financial Times that efforts to ensure financial services corporation after Brexit had been “badly affected as collateral damage” of the continued dispute over Northern Ireland trade arrangements.

British ministers are planning to introduce a law that will ditch parts of the Brexit deal on the Northern Ireland protocol, sparking the threat of legal action from Brussels.

Hay said the breakdown in co-operation over financial services was “evidence of the problems coming from the debacle over the Northern Irish protocol”. He added: “Solving the Northern Ireland protocol would unlock a lot of things to the mutual benefit of all.”

The committee said that a Memorandum of Understanding (MoU) on regulatory co-operation, which was promised by both sides but has still not been signed, was being held up because of difficulties in the UK-EU relationship.

The committee said the MoU should be a priority for the government alongside other “political and diplomatic engagement with the EU regarding financial services”.

The report also found that the absence of EU equivalence decisions over financial services reflected a political decision by Brussels, which was holding the UK “to a higher standard than other countries”.

But given this political motivation, the Lords committee said it would be “unwise for the government to base its strategy for financial services on a process that it cannot control, and which currently seems unlikely to bear fruit”.

The committee found that fewer financial services jobs have moved to the EU as a result of Brexit than some feared. Estimates suggest about 7,000 jobs have migrated it said, while cautioning against complacency “as it is not yet clear whether the impact of Brexit on jobs has fully played out”.

The European Central Bank is conducting a “desk mapping” exercise, which is likely to result in the regulator demanding more financial service roles move within the EU from London.

Separately on Thursday, the Treasury select committee announced it was forming a subcommittee to scrutinize proposed post-Brexit financial regulations in the UK, replacing the role previously played by the EU.

There will be a “huge volume of regulation cascading down into the rule books, so it is important that parliament has scrutiny”, Mel Stride MP, chair of the committee, said.

“There is a natural tension between safety and soundness and lightening regulation to improve our international competitiveness,” he added.

Stride also commented on the conclusions of the Lords’ report. “There has been a lot of talk for a long time over equivalence and how to lock London into the EU market post-Brexit. It has yielded little fruit so far, ”he said.

“The fallout over Northern Ireland is just another thing that makes it more difficult. But it is not the overarching cause of the problem. “

12 reasons why the Chery Tiggo 8 PRO 1.6T delivers the safest and most stress-free drive

You could be a landlord for Amazon, FedEx and Walmart with these simple REITs...

Whatever You’re Doing in the Market is Probably Wrong