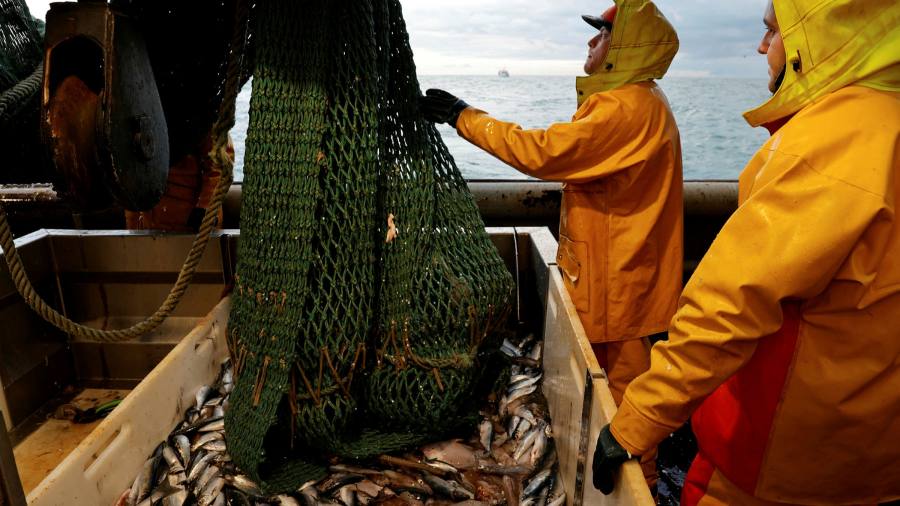 The UK and France’s bitter dispute over fishing rights appears to have ended after the EU fishing commissioner praised the “successful and constructive relationship” between London and Brussels.

Virginijus Sinkevicius said that almost all licenses requested by French boats to work in waters off the UK since it left the bloc had been granted, with around 70 permits outstanding.

“The commission fully intends to continue building a successful and constructive relationship with the UK. We managed to achieve most of the licenses that have been requested, ”he said in an interview with the Financial Times.

A feud between the two countries over the right to fish waters close to Britain started after the UK left the EU in 2020, requiring a new settlement over access to waters shared for centuries.

The Brexit deal signed in 2020 ensured the UK’s share of fishing quotas in its waters increased by 25 per cent between 2021-6. But in territorial waters, 6-12 miles from the coast, London agreed to allow French vessels which had previously fished there to continue.

However, the two countries have been at loggerheads over the issue since last year. In May, two British navy vessels were dispatched to deal with French boats blocking harbors in Jersey, the UK dependency, in a dispute over the right to fish in its waters.

In September, tensions escalated after France said the UK demanded too much evidence that vessels were entitled to permits and that 150 French boats had been wrongly denied licenses.

In December, France had threatened to ask the EU to take legal action over the issue, after its fishermen blocked French ports and the Channel Tunnel.

But fishing has hardly figured in French president Emmanuel Macron’s current election campaign, suggesting that both sides had reached a truce over the matter.

On a visit to Brittany last week, Macron said the French government had kept its promise to protect its fishermen and 90 per cent of licenses had been retained. Meanwhile, a British official noted: “We haven’t heard anything from France for weeks. The dispute has gone quiet. ”

Sinkevicius brokered talks between both sides in November and the number of outstanding permits has since dropped to around 70. All licenses granted in 2021 have been renewed for 2022, he said, with a few additional permits obtained from the UK.

Overall, around 1,500 EU boats have access to the UK’s exclusive economic zone, 12 to 200 nautical miles from the coast; and 150 to its territorial waters, from 6-12 miles out. In addition, 131 French boats have licenses to fish around the Channel Island of Jersey and 44 around nearby Guernsey.

“Throughout the year a spirit of good neighborliness and then relationships based on mutual co-operation and respect have generally prevailed,” Sinkevicius said.

He added that the UK would continue to grant licenses to boats that could show proof that they had historically fished in its waters.

Sinkevicius is under pressure from the European parliament which last week accused the UK of taking “protectionist measures” by restricting licenses around the Channel Islands. A symbolic resolution calling on London to refrain from “controversial actions” was passed by 619 votes to 12.

“We have to understand France and especially those regions who, basically from their shores, can see Jersey and Guernsey. They always had a relationship with them. They used to fish in each other’s waters and really live well with each other and then Brexit really reshuffled this relationship, ”he said.

“When it comes to the commission side, we will always support our fishermen and will always stand behind them.”