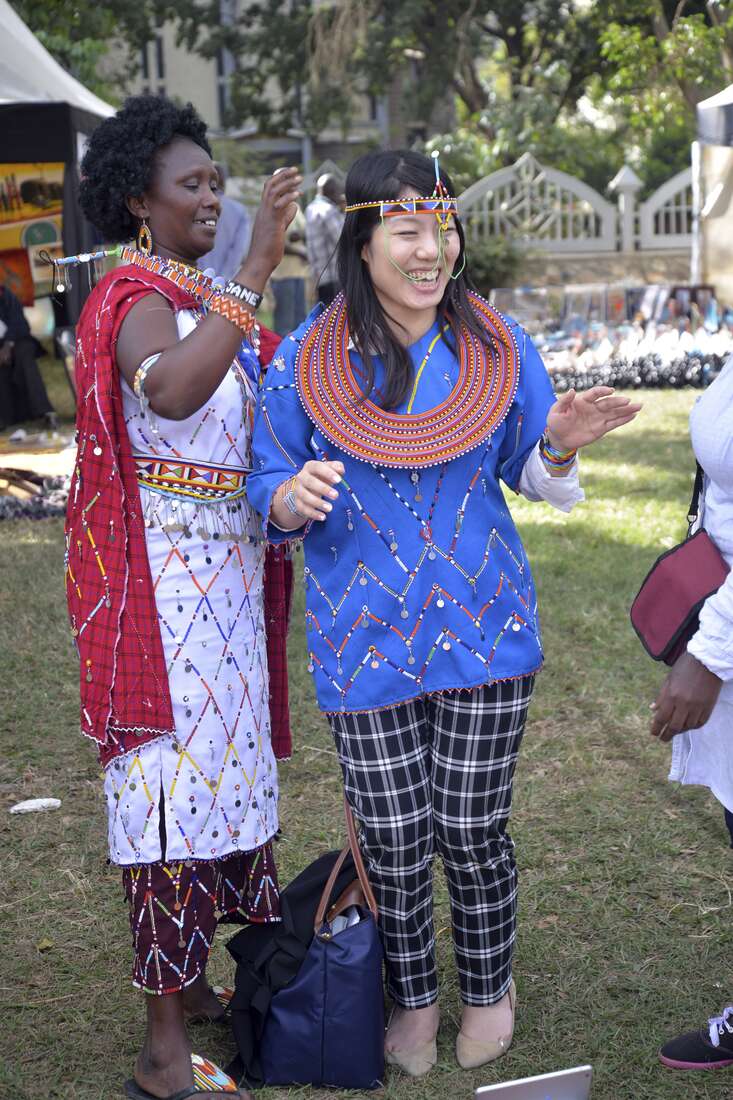 On April 1, I presented my credentials to President Uhuru Kenyatta. The warm words of welcome from the President was a reflection of the longstanding friendship between our two countries.

My first encounter with Kenya was in 1997-1998 while I was posted in New York at the Permanent Mission of Japan to the United Nations. At the time Japan and Kenya were serving as the non-permanent members of the Security Council.

Japan was seated next to Kenya and during those extremely busy days, I became good friends with my Kenyan colleagues, one of whom was Amina Mohamed, currently the Cabinet Secretary for Sports, Heritage and Culture who had then moved to New York as part of Kenya’s Security Council team. I look forward to renewing our friendship after so many years.

The training was part of a UN initiative to strengthen peace keeping operations. Japan is one of its largest contributors. We are also cooperating to promote the Free and Open Indo-Pacific (FOIP).

The Kenya Coast Guard Service is using the 17 patrol vessels provided by Japan to maintain order in the sea. As Japan expects to join the UN Security Council as a non-permanent member next year, I hope to further such cooperation.

This August, Japan will co-organize TICAD 8 [Tokyo International Conference on African Development] in Tunisia. Japan started organizing TICAD with heads of state of Africa in 1993, before other countries began to hold similar meetings.

As you may recall TICAD 6, the first meeting to be held in Africa, took place in Nairobi in 2016. This is a true sign of the genuine trust that exists between our two countries. Since 2016, the number of Japanese companies with operations in Kenya has doubled to more than 100.

Remarkably, our business ties have expanded not only in numbers but also in scope – from trade to local production and investment in Kenyan companies.

Personally, I am interested in connecting Japanese SMEs and startups with Kenyan counterparts. As you may know, Japan is facing depopulation. Many SMEs are based in the regions and specialize in sectors such as agricultural processing and machinery, environment and health.

Many are grappling with challenges such as shrinking local markets and lack of skilled labor. There is a potential for Kenya to benefit from their activities and also for Japanese companies to benefit by finding new partners and expanding their businesses.

As part of preparations for TICAD 8, Japan and Kenya will co-organize the Japan-Africa Public-Private Economic Forum on May 3 in Nairobi. The meeting, bringing together ministers and business leaders from Japan and Africa, will result in numerous new partnerships and projects.

Kenya is the largest recipient of Japan’s Development Assistance in sub-Saharan Africa. Our cooperation has been directed towards education, health, agriculture, energy, forestry, infrastructure etc.

Based on Japan’s experience, human resource is the most important asset for a country’s development and hence, we attach high priority to education and health.

First, Japan has focused on mathematics and science in primary and secondary education and supporting the Jomo Kenyatta University of Agriculture and Technology (JKUAT).

Japan appreciates Kenya’s proactive policy on climate change and has long supported geothermal power generation in Olkaria. Currently nearly 40 percent of Kenya’s geothermal power was developed with assistance from Japan, with an additional 134MW under construction.

Having trained over 300 persons, Kenya now has the capacity to develop, operate and maintain geothermal power, and is providing support to other countries.

Japan and Kenya concluded an agreement on Joint Crediting Mechanism (JCM) to reduce greenhouse gas emissions (GHG). In February, there was groundbreaking achievement as GHG credits were issued for the first time in Africa for a project to install 1.6GWh solar PV system at a salt factory in Kilifi County.

Our cooperation with Kenya Forestry Research Institute (KEFRI) is contributing to the goal of 10 percent forest cover and the introduction of improved varieties of trees adapted to arid and semi-arid areas.

Japan’s support to irrigation infrastructure and capacity building has contributed to higher productivity and increase in rice production in Mwea.

Japan has a huge project for infrastructure development of the Mombasa Special Economic Zone. The completion of the infrastructure has the potential to drastically improve connectivity with the Northern Corridor, promoting trade, investment and new industries.

In troubled France, no honeymoon for re-elected Macron