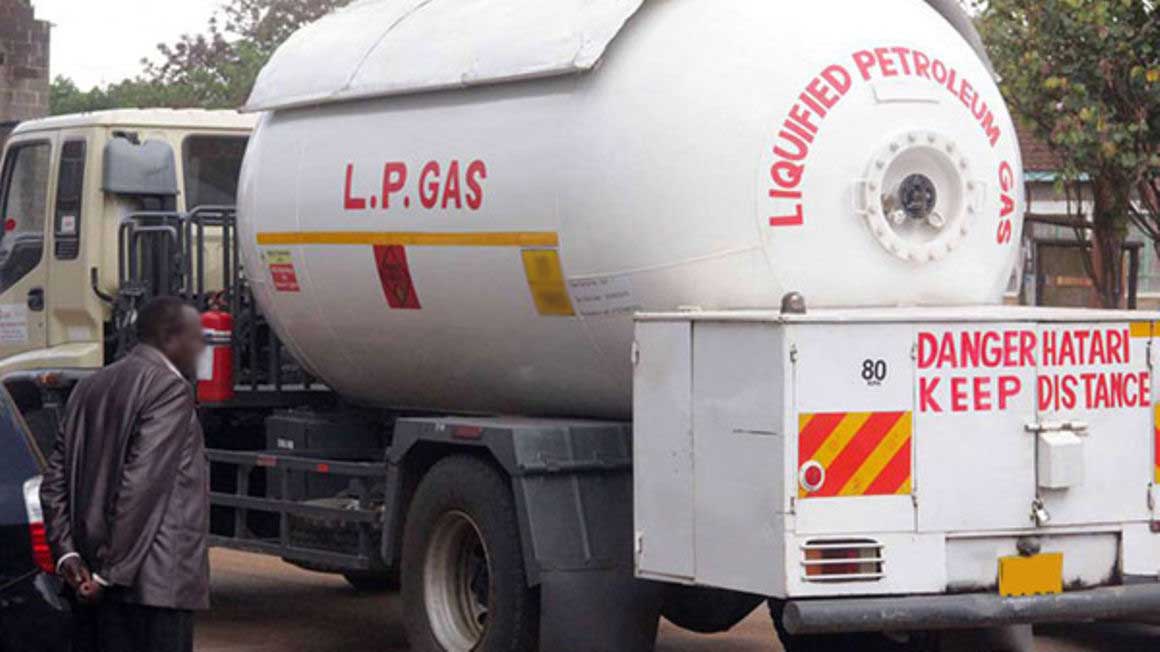 The snarl-up of trucks carrying cooking gas at the Namanga border looks to continue after the taxman said it would not issue clearance certificates until traders pay the required levies.

The Kenya Revenue Authority (KRA) said traders have been underpaying taxes. Trucks ferrying liquefied petroleum gas (LPG) from Tanzania have been stuck at the Namanga One-Stop Border Post (OSBP) since last week amid the standoff with KRA.

Further, Mr Kaguru accused the traders of paying lower taxes on claims the gas originated in Tanzania while shipping it from the Middle East.

A 16 percent value-added tax (VAT) was reintroduced in July last year after it had been zero-rated in June 2016 to lower prices and boost uptake of clean fuel.

LPG prices are not controlled like other petroleum products and are left to the market forces of supply and demand.

Disruption of supply is likely to see prices escalate further amid spikes on account of global geopolitical and supply chain concerns.

The snarl-up could further derail the clearance of perishable foods from Tanzania, highlighting the adverse effects of the standoff.

Where have all the older workers gone and will they ever come back?