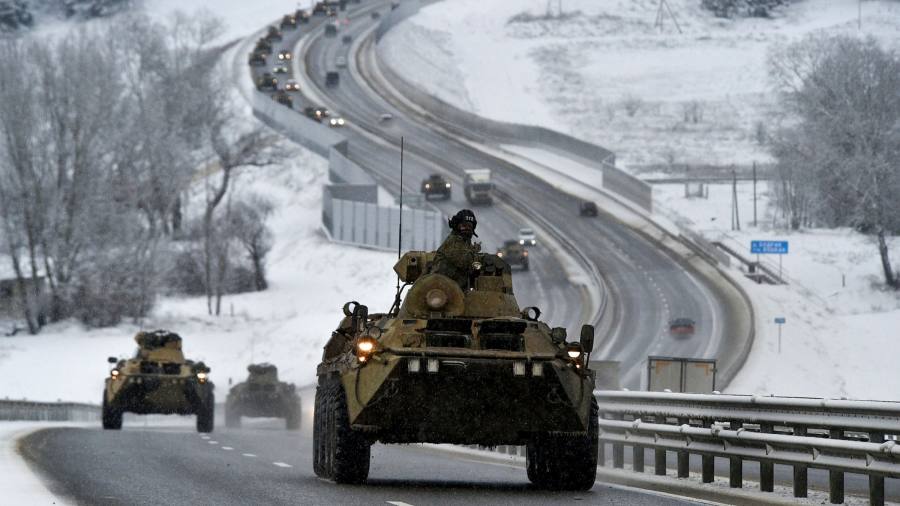 US military and intelligence officials believe Russia plans to hold a major nuclear exercise this month as a warning to NATO not to intervene if President Vladimir Putin decides to invade Ukraine.

General Mark Milley, chairman of the joint chiefs, and Avril Haines, director of national intelligence, told lawmakers in the House of Representatives Thursday that Putin planned to start the exercises in mid-February, according to a congressional assistant with knowledge of closed-door briefing.

Russia generally holds its annual nuclear exercises – which involve testing intercontinental ballistic missiles from land, sea and air – in the autumn. But the United States believes Putin has decided to hold them earlier this year as a show of force in case he orders his military to further invade Ukraine.

The United States believes that the optimal time for a Russian invasion will be from mid-February to the end of March.

Holding the exercises together with an invasion would send a strong reminder to NATO of the strength of Moscow’s nuclear forces, which are the largest in the world. Russia has just under 4,500 nuclear warheads in its stockpile, according to the Federation of American Scientists.

“It would be an incredibly provocative and offensive message if they did so at the same time as an invasion of Ukraine,” said Rebeccah Heinrichs, an expert on nuclear weapons policy at the Hudson Institute in Washington.

The United States has not decided whether Putin has decided to invade Ukraine. But with its allies, Washington is increasingly concerned about the continued military build-up of Russian forces around the border with Ukraine.

In the past two weeks, Russia has increased the number of tactical battalion groups – which can range from 750 to 1,000 soldiers – stationed in the border region from 60 to 83, according to a NATO source. A further 14 BTGs are also in transit to the border area. The United States estimates that Russia has deployed between 1,200 and 2,100 special operations troops in the region.

The new tactical battalion groups and other troops stationed in the area bring the total number of Russian forces in the region to well over 100,000.

Washington estimates that Russia has deployed enough forces for a limited attack, but has only deployed 70 percent of the troops it would need for a full-scale invasion that would include an attack on Kiev, the Ukrainian capital.

U.S. military experts believe Russia has the ability to deploy enough forces for a full invasion in mid-February, which would coincide with the expected start of its nuclear exercises.

Earlier this week, President Joe Biden ordered the deployment of 2,000 US troops to Poland and Germany in an attempt to send a signal to Putin about the strength of the NATO alliance. On Thursday, the United States accused Russia of preparing to fabricate an attack from Ukraine or the West in a “false flag” operation designed to create a pretext for an invasion.

On Tuesday, Putin accused the United States of trying to “pull” Russia into an armed conflict, saying it ignored Russia’s security concerns and its demand for a guarantee that NATO would not occupy Ukraine in the future.

The Russian leader received support from Chinese President Xi Jinping on Friday as he visited Beijing for the opening of the Winter Olympics. In a joint statement, they said they “oppose further enlargement of NATO”.

A senior US official said China should have used the meeting with Putin to encourage him to de-escalate in Ukraine.

“If Russia further invades Ukraine and China looks the other way, it indicates that China is willing to tolerate or tacitly support Russia’s efforts to force Ukraine, even when it embarrasses Beijing, harms European security and risks global peace. and economic stability, “he said. .