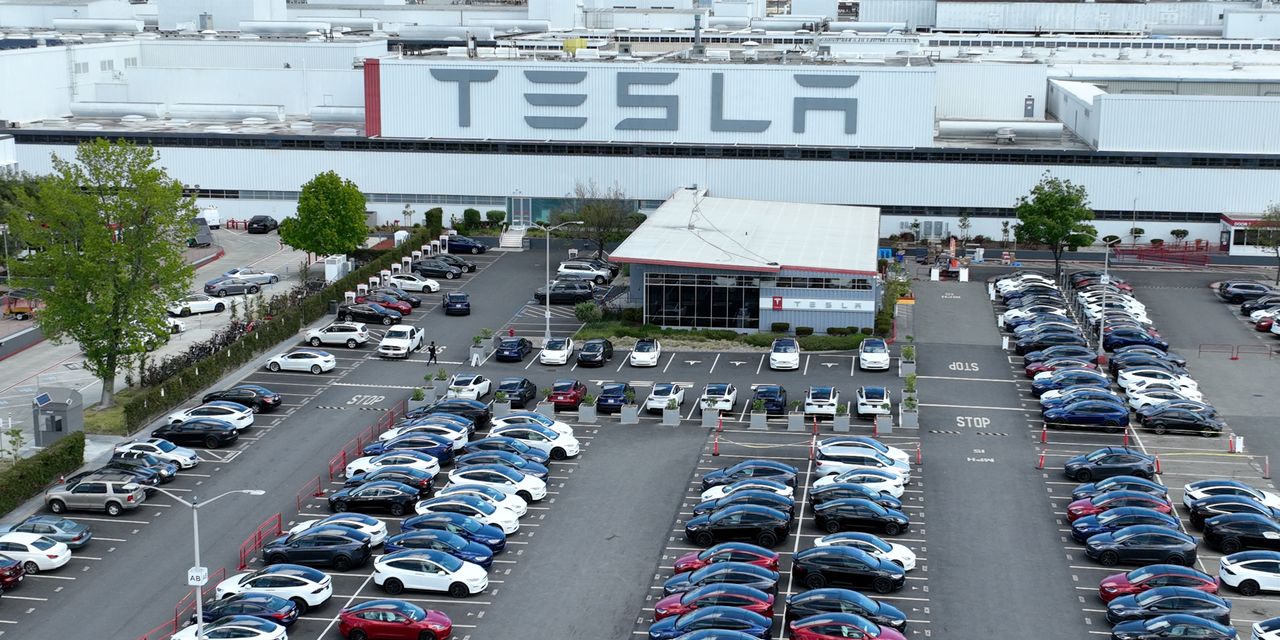 stock is falling again in early Tuesday trading. The likeliest reason isn’t related to the electric-vehicle maker’s Shanghai plant or even price-target actions at a broker. No, the drop is probably because of the social-media platform

“Well, the macroeconomic environment has definitely deteriorated further and faster than we expected when we issued our guidance for the second quarter,” said Snap CEO Evan Spiegel. “So even though our revenue continues to grow year-over-year in the second quarter, it’s likely that revenue and Ebitda will come in below the low end of our guidance range.” (Ebitda is short for earnings before interest, taxes, depreciation, and amortization.)

Tesla is falling despite having made some progress on restoring its Shanghai plant to full production. Tesla is quarantining workers in preparation for a second shift at the Shanghai plant, Bloomberg reported Tuesday. Workers have to be Covid-19-free and isolated for the plant to operate in a “closed loop” setting — essentially having virus-free workers who have no contact with the outside world.

Tesla’s Shanghai plant was shut down completely for weeks in early April. The plant has been operating at reduced capacity since late that month. Many workers are living at the plant, largely because it’s an opportunity to get paid after weeks of isolating at home. Tesla did not respond to a request for comment about the restart.

The Shanghai restart is a positive even if the persistent Covid issues in China remain a negative. Another negative that may be weighing on shares is a price-target cut on Tesla shares at Daiwa. Analyst Jairam Nathan lowered his price target to $ 800 from $ 1,150 but kept his Buy rating. The revision was driven by lower deliveries in 2022 and 2023, partly because of the Shanghai lockdowns.

It’s been a difficult run for Tesla stock lately. Coming into Tuesday trading, it was down about 36% this year, worse than the 16% and 26% respective drops of the


S&P 500
and Nasdaq. Tesla shares have moved more than 1%, up or down, eight of the past 10 trading days. Shares have fallen six times and are down about 15% over that span.

Write to Al Root at allen.root@dowjones.com