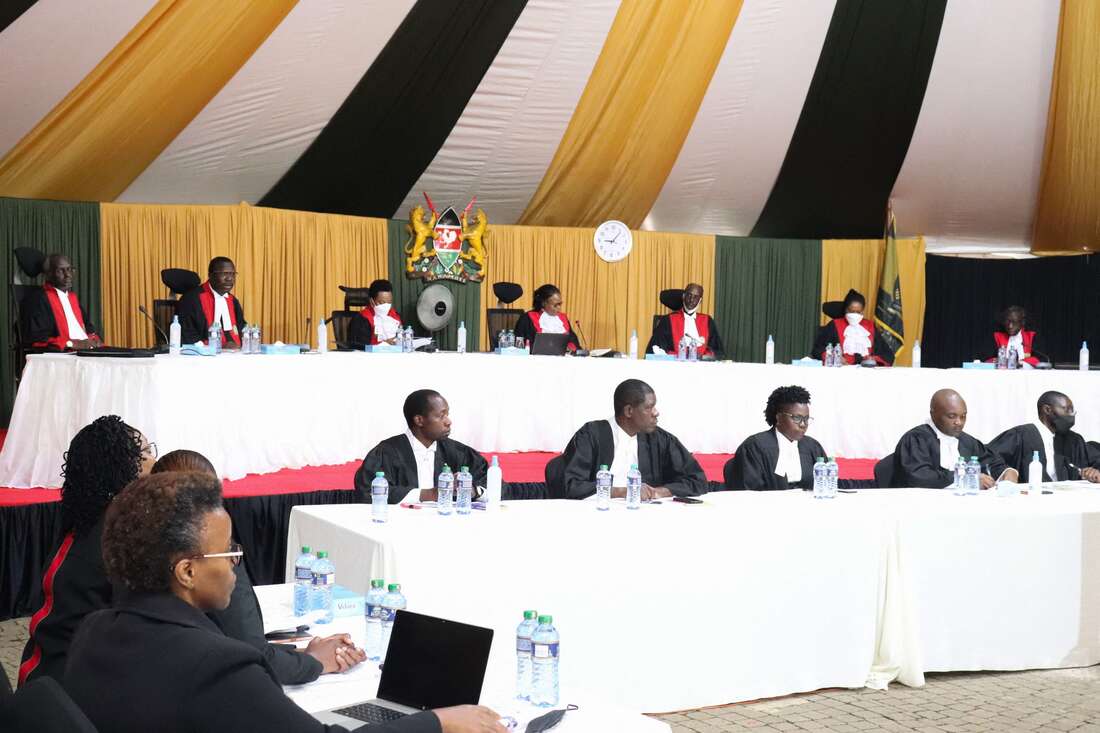 The Supreme Court on Thursday upheld a judgment stopping the government’s plans to amend the constitution through the Building Bridges Initiative (BBI).

In a majority decision on 5 against 2, the top court judges agreed that the BBI Bill, which sought to amend the constitution through a popular initiative was unconstitutional.

“I have no hesitation in holding that the President cannot initiate a popular initiative by collecting one million signatures, crafting an amendment bill and then retiring to await the same bill to ascent to it as president. But in this case, he did not, ”Justice Isaac Lenaola said.

Justice Njoki Ndung’u agreed with Justice Lenaola that President Kenyatta was not the initiator of the amendment even though other judges thought otherwise.

“The President as a matter of fact commenced and spearheaded the process from its inception and only passed on the baton to the two co-chairpersons when it was too late in the day and beyond recall,” Justice William Ouko said.

According to Justice Ndung’u, the fact the Kenyatta is the President does not take away his political rights. She said sovereign power may be exercised directly or through elected representative and the president is an elective representative of the people.

The Judges in a majority decision, however agreed that the basic structure doctrine is not applicable in the Kenyan constitution.

“I disagree with the two lower courts on applicability of the Basic Structure Doctrine in the Kenyan Constitution. There is no justification for courts to go outside the four corners and provide a fourth pathway on amendment of the Constitution, ”CJ Koome said.

On the proposed creation of the 70 constituencies, the court in a majority decision said the process of coming up and delimiting the constituencies, was not subject to public participation.

“There was no evidence of deliberations or public participation on the change of the Bill to add the second schedule,” Justice Koome said.

In a win for President Kenyatta and the Attorney General, the Judges led by Chief Justice Martha Koome agreed that the President or any person performing the functions of his office cannot be sued, during his tenure.

Amazon Jumps on Plan to Split Stock, Buy Back Up to $ 10 Billion

European markets head for higher open ahead of Ukraine-Russia talks