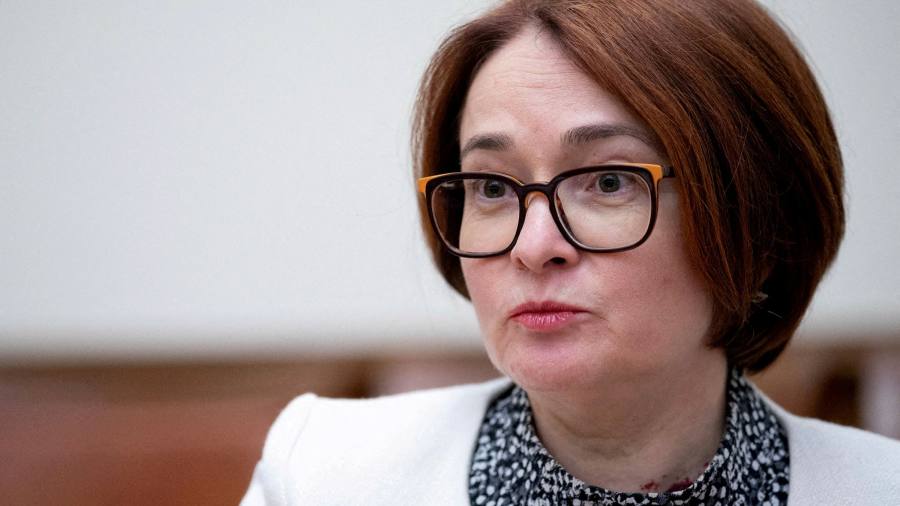 Russia plans to take legal steps to recover $ 300bn of its foreign currency reserves frozen by western governments in a bid to overturn one of the most painful measures imposed on Moscow in response to its invasion of Ukraine.

The pledge to mount a legal challenge against the measure was announced by the head of Russia’s central bank without any details or timeframe.

“Of course, this is an unprecedented freeze, so we will be preparing lawsuits, and we are preparing to apply them, as this is unprecedented on a global scale,” Elvira Nabiullina was quoted as saying by Interfax on Tuesday.

Two days after Russia began its invasion of Ukraine in late February, G7 countries and the European Commission announced they would impose sanctions on Russia’s central bank to block it from accessing its foreign exchange holdings.

The central bank is unable to access nearly half of its $ 609.4bn in reserves to support the ruble, which fell sharply after the invasion. This has forced Russia to impose capital controls and instruct exporters to convert their foreign revenues into rubles.

A central bank official declined to say which jurisdictions Russia was planning to sue in or what grounds it would claim for the legal action.

Russia has also threatened legal action if the sanctions force it to default on its sovereign debt. It missed two payments on dollar-denominated debt when US authorities refused to let American banks process them.

There have been few examples of successful efforts by individuals or governments to overturn western economic sanctions.

The UK Supreme Court last year blocked a bid by Venezuela to release gold reserves frozen by the Bank of England, while the US has rejected a lawsuit by Russian oligarch Oleg Deripaska to have personal sanctions lifted against him.

While some individuals have challenged EU sanctions that affect them personally, no EU sectoral sanctions imposed on Russia since the 2014 annexation of Crimea have been overturned by a legal challenge.

“The European sanctions are based on a very clear legal framework and part of the EU sanctions mechanism is the ability for all those who have been sanctioned to appeal the sanctions decision at the European Court. There is a perfect legal pathway to be explored, ”said Peter Stano, a spokesperson for the European Commission.

“What the Russian authorities, what the Russian institutions will do is fully in their hands,” he added. “The reason for us to impose the sanctions is very clear, they are based on a clear legal framework, and the reasons are the illegal aggression against Ukraine and its people.”

Warning: FINV is at high risk of cutting its dividend