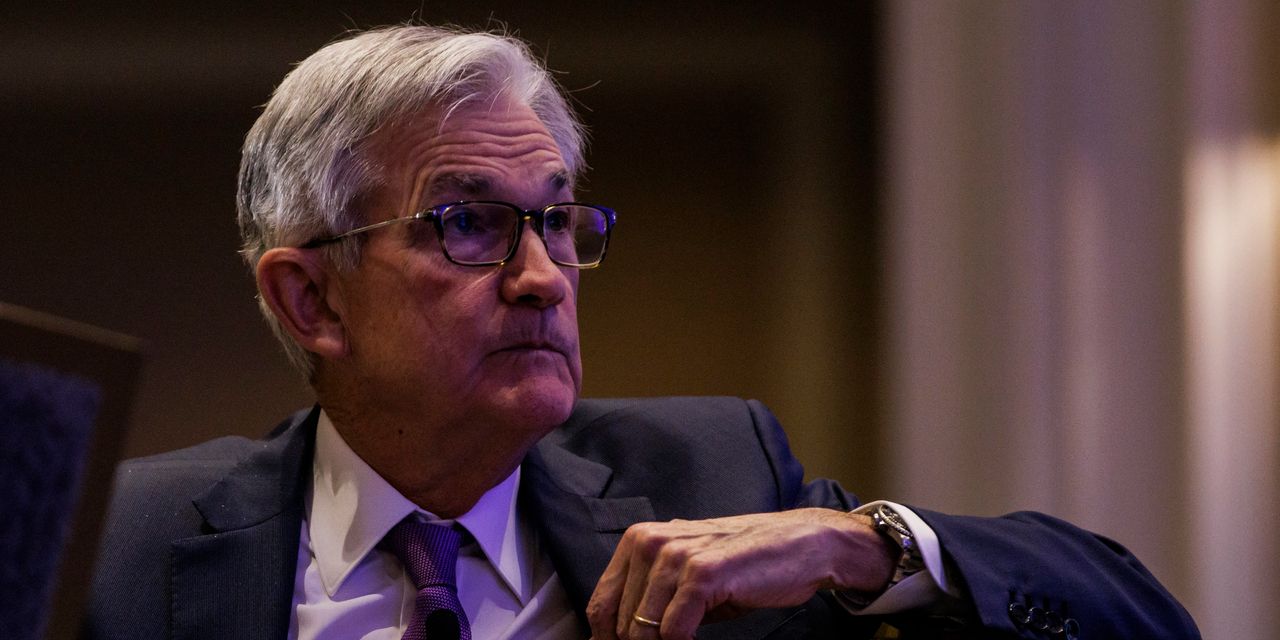 With inflation surging higher than anyone expected, Fed Chairman Jerome Powell, has laid out a policy path where the Fed is going to move quickly to get its policy rate up to “to a more neutral level” of interest rates, and maybe higher if needed .

“There is an obvious need to move expeditiously to return the stance of monetary policy to a more neutral level, and then to move to more restrictive levels if that is what is required to restore price stability,” Powell said in late March and again a month later.

The aggressive policy path will kick off with a half-percentage-point rate hike on Wednesday.

But what is this neutral rate?

But that’s not the right measure for neutral, said Andrew Levin, an economics professor at Dartmouth College and a long-time Fed staffer, including a role as a special advisor on monetary policy strategy and communications to the Fed board between 2010 and 2012. He currently advises the central banks of Norway and Sweden and also is a visiting scholar at the International Monetary Fund.

With the core measure of the Fed’s favorite inflation gauge running at 5.2%, that means the neutral funds rate is actually in the range of 5% -6%, Levin said, in an interview.

The 2.4% rate that is often cited is really only the “neutral” level when inflation is running at the Fed’s inflation target is at 2%, he added.

A guiding principle of fighting inflation is actually spelled out on the Fed’s website, in a section entitled, “Principles for the Conduct of Monetary Policy.”

Core PCE inflation has moved up to a 5.2% annual rate in March from 2% in the same month from last year.

Of course the key is how much of the recent surge in inflation is temporary. That remains to be seen, although the Fed has already been burned by calling the price rises last year “transitory.”

Powell should say that, while there is a lot of uncertainty, the Fed “needs to move to a neutral stance which means we need to move the federal funds rate to be roughly in line with, or slightly above, the level of inflation,” Levin said.

“If Powell would communicate that on Wednesday, I think the markets will understand that probably the federal funds rate is going to have to go up to 4% or 5% by the end of the year,” he said.

Economists at Deutsche Bank see the Fed raising interest rates up to 3.6% by mid-2023. When combined with the effects from the winding down its balance sheet, which have similar impacts of rate hikes, the Fed will deliver more than 4 percentage points in effective tightening, the Wall Street bank estimates.

“This tightening should begin to materially slow growth in the second half of 2023 and induce a recession that begins late next year,” said Matthew Luzzetti, chief US economist at Deutsche Bank, in a note to clients.

“We will be interested to hear how the FOMC is interpreting the appropriate nominal neutral rate in an environment where inflation is considerably above the Fed’s 2% target,” he added.

Some fixed-income expects to believe the Fed’s benchmark rate could hit 6%, while other economists and strategists think the Fed will not be able to raise rates even to 3%.

Read: Some see prospect of more painful Treasury sell-offs ahead

Ellen Gaske, lead economist at PGIM Fixed Income, said she thinks, subject to a lot of uncertainty, that the Fed will raise rates only to 2% by the end of this year and 2.5% in 2023.

She said firms will lose their pricing power and that there will be a bit of moderation on wage gains.

These views are informed by the Fed’s last tightening cycle, where the Fed tried to get rates up to a “neutral” – which it said was around 3% – but did a U-turn after rates hit a range of 2.25% -2.5% in December 2018 and financial markets swooned.

Marvin Loh, senior global macro strategist at State Steet, said the Fed is going to stop hiking rates “somewhere in the range of 2.25% -2.5% range” either late this year, or early next.

Loh said there could be some friendly inflation prints later this year. “I do think that there is a chance that we have seen peak inflation, and then it really becomes a question of how quickly it comes down,” he said.

Loh said he does not think the economy will be able to withstand much tighter financial conditions and there is a chance core CPI gets into the 4% range by the end of the year.

The yield on the 10-year Treasury note TMUBMUSD10Y,

hit 3% on Monday before sliding back in late session trading.

Will UK creatives be replaced by robots?

Cole to lead Perth Airport board

A touch of chutzpah over social housing

Will UK creatives be replaced by robots?