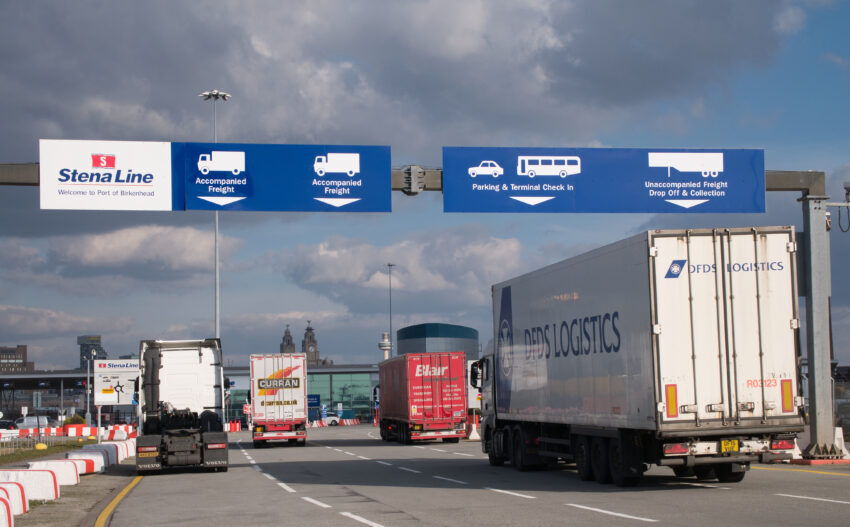 The chairman of Marks & Spencer has backed government plans to override parts of the Northern Ireland protocol, saying that some food exported south of the border now requires 700 pages of customs documents, partly written in Latin.

Archie Norman, a former Conservative MP, called on the UK government and EU to come to an agreement, saying the rules for sending food between them were “highly bureaucratic and pretty pointless” given that British food standards were in line with or higher than those of Brussels.

Norman said: “At the moment, wagons arriving in the Republic of Ireland have to carry 700 pages of documentation it takes eight hours to prepare the documentation some of the descriptors, particularly of animal products, have to be written in Latin. It has to be in a certain typeface. ”

He said the UK government’s proposal to override parts of the agreement signed as part of Boris Johnson’s Brexit deal and remove checks on goods crossing the Irish Sea was a “triumph of common sense over rules-based mentality” and “will make sure at a time of inflation that the Northern Ireland people can get the fresh food they are used to and are entitled to ”.

The protocol requires similar rules to be imposed on goods traveling between mainland UK and Northern Ireland because of its border with the Republic of Ireland, but the checks are currently being held off under a series of “easements”.

Removing those easements would mean “that every piece of butter in a sandwich has to have an EU vet’s certificate”, Norman said.

“Marks & Spencer is a big company, we can make almost anything work, however bureaucratic, but for the small artisan cheesemaker or cake baker it would simply be impossible to export any more.”

Norman said an EU proposal that every product going from the UK mainland to Northern Ireland must be specifically labeled as only for consumption in the UK, for example, would cost M&S ​​£ 9m a year alone.

He said finding a solution was important in light of food price inflation which was likely to reach 8% to 10% by the end of this year.

The M&S chair said British consumers were still spending, having built up savings during the pandemic, but warned: “The crunch is not going to be now, the crunch is going to be in the autumn when people come back from their holidays so have spent their money and there is nothing left in the kitty. ”

The preference for M&S is that the UK and EU agree to maintain equivalent food standards so checks would not be required. “Our food standards are probably the highest in the world and therefore we should recognize that and let the product flow not just into Northern Ireland but into France and the [Irish] Republic, ”Norman said.

“The UK government has been very wary of that. To some extent there has been a hankering after the idea that there might be some opportunity of Brexit, a chance to deviate in the future and the EU of course has not really been prepared to contemplate it. ”

Great cities are wasted on the rich