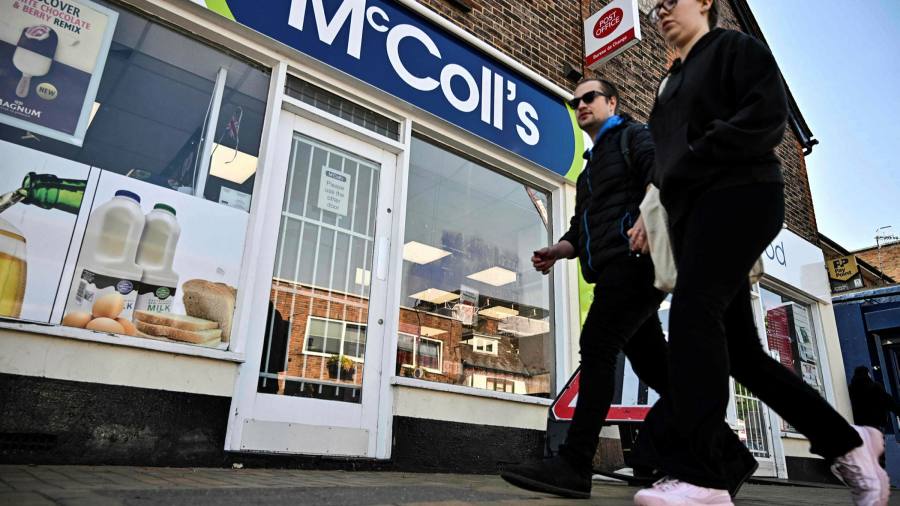 Wm Morrison is set to prevail in a battle to buy McColl’s with a last-minute offer for the crisis-hit convenience store chain that beat the petrol station operator EG Group.

Morrisons’ final proposal to immediately repay McColl’s lenders and buy McColl’s out of administration won through in a fierce contest on Sunday night, according to people briefed on the process.

The outcome will be a blow to EG, whose owners also control grocery chain Asda. EG’s offer to buy McColl’s had been favored on Friday night and would have prevailed had delays to the formal appointment of an administrator not given Morrisons more time this weekend to make a counter offer.

McColl’s already has close commercial ties with Morrisons. McColl’s operates around 1,200 convenience stores, including more than 200 outlets operating under the Morrisons Daily brand. The sale might protect some of the 16,000 jobs that would be at risk if the company collapsed. The convenience store group has debts of about £ 145mn.

Convenience stores such as those operated by McColl’s received a trading boost in the early stages of the pandemic, when consumers preferred not to travel too far from home, but have since reverted to their traditional function of small top-up shops.

McColl’s was valued at about £ 200mn when it floated in 2014, but has found it hard to compete with larger companies such as Tesco, J Sainsbury and Co-op.

West rails against Russian moves in Ukraine, calls for sanctions By Reuters