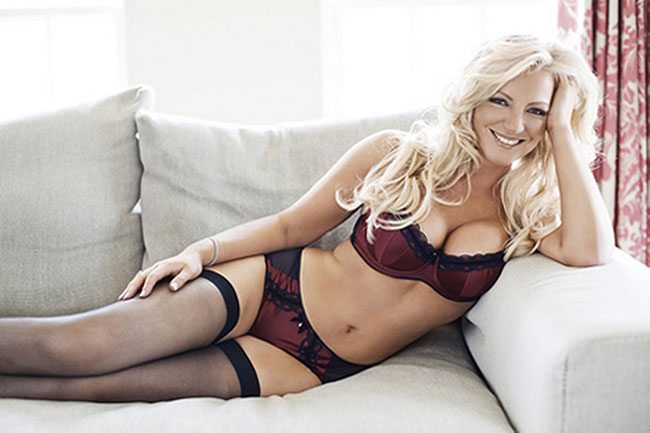 Baroness Mone faces the prospect of being interviewed under bail by investigators probing a £ 200million Covid PPE deal.

The National Crime Agency (NCA) has raided six properties, including the peer’s home in London, as part of a probe into contracts for masks and medical gowns supplied during the pandemic which were never used.

Now it has emerged that the former lingerie tycoon, 50, is likely to be interviewed by the NCA as part of the fraud investigation into PPE Medpro, which received £ 200million of contracts from the Department of Health after she recommended it to ministers in 2020.

The NCA probe is expected to take months but it is anticipated that she will be questioned as part of its inquiry, a source said. The peer – nicknamed Baroness Bra – has denied any wrongdoing.

Yesterday a legal representative for Baroness Mone declined to comment.

The 50-year-old nicknamed ‘Baroness Bra’ after she was appointed by David Cameron as a Tory peer seven years ago, allegedly contacted Cabinet Office ministers, including Michael Gove, to recommend the business at the height of the pandemic.

At the time, ministers were desperate to obtain stocks of personal protective equipment (PPE) amid soaring hospital admission rates due to Covid-19.

Within a few weeks, PPE Medpro, a virtually unknown company, was awarded two contracts, one worth £ 81million to supply masks and a £ 122million order for gowns, without any competitive tender.

The awards were made under a special ‘VIP lane’ for politically connected companies.

Edward Argar, a health minister, later told parliament: ‘Departmental records indicate that Baroness Mone identified Medpro as a potential supplier on May 7, 2020, and highlighted this opportunity by email on May 8, 2020.’ Yet PPE Medpro was only incorporated in the UK on May 12, 2020, according to Companies House filings.

An affiliate company with the same name was set up on the Isle of Man the previous day.

After a quality inspection, 25 million medical gowns the firm supplied from China were never used by the NHS.

Officials have been trying for months to recover the money from the company, although PPE Medpro says it met the terms of the contract.

In January, Martin Jelley, the Lords standards commissioner, announced he was investigating whether Mone, a former lingerie tycoon, should have registered an interest in the company or if she broke any lobbying rules.

In response, the peer said: ‘I completely refute these allegations. I was asked to help at a time of national emergency. I declared all necessary interests and have done nothing wrong.

‘I will co-operate fully with any investigation.’

An NCA spokesman said: ‘We do not routinely confirm or deny the existence of investigations or the names of those who may or may not be under investigation.’

Ukrainian soldiers hold out in Mariupol, pope laments ‘Easter of War’ By Reuters