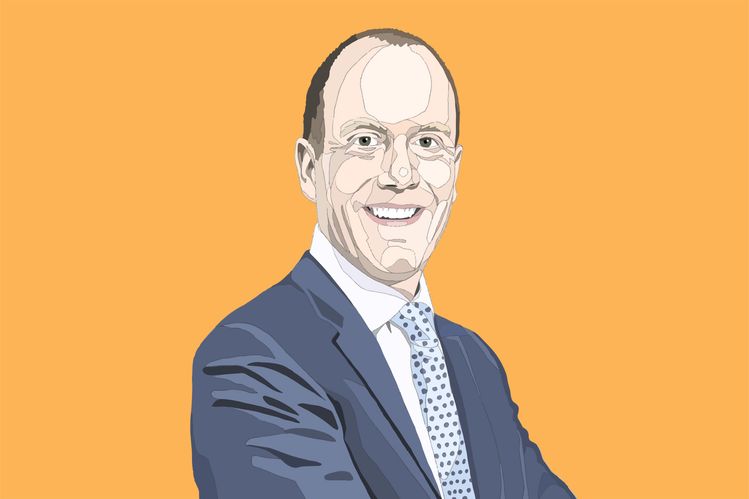 David Wighton is a columnist at Financial News.

When Lloyd Blankfein famously told a journalist he was “doing God’s work”, the Goldman Sachs boss was only joking. When Tom Joy says the same thing, he is serious. He really does do God’s work. Or at least the Church of England’s.

As chief investment officer of the Church Commissioners for England’s £ 9bn endowment fund, the former Schroders executive plays a key role in financing the 488-year-old institution’s mission. As a committed Anglican, he finds that fulfilling in itself. But he also reckons he has one of the plum jobs in the investment business.

“It is one of the best pools of capital to work on in the country. It’s about as pure an investment role as you can get. I’m not on the road marketing… it’s bliss, ”says Joy in an interview in the fund’s offices in Church House, Westminster.

With one client that takes a very, very long-term view, few constraints and no pension regulation, he admits that he and his 60-strong team have big advantages over many other investment managers. Nonetheless, the performance is pretty impressive.

The fund has returned 9.5% over 30 years, 9.7% over 10 years and 10.4% in 2020. After the fund knocked it out of the park in 2016, its 10-year performance even nudged ahead of Yale University, widely viewed as one of the best-run endowments in the world. Yale has since taken over again, thanks to the spectacular returns from private equity and venture capital in recent years.

Joy has increased the fund’s exposure to private equity since he arrived in 2009. However, he has to be a bit more cautious than the US endowments because of the need to pay out around £ 300m a year to the Church of England – about a sixth of its total running costs – which is the second biggest distribution of any UK endowment after the Wellcome Trust.

This strong performance entitles Joy to take a friendly dig at many mainstream investment managers. For a start, he can not see the point of holding any developed market bonds at current prices. Joy sold the fund’s relatively small bond holdings 18 months ago. “I was a bit early but that is a luxury we can afford.”

The fund gets its diversification by balancing equities (which account for about 45% of the fund) with private equity and venture capital (about 10% and growing). It also has unusually large holdings of real estate, particularly forestry, farmland and residential property, all of which have performed well in recent years.

The fund has beaten benchmarks in every asset class over the past 10 years, including public equities, where it is ahead about 1.2%. It outsources the management of the equities, mainly to smallish firms, but Joy is coy about naming them: “When you discover a really good fund manager, the last thing you want to do is shout about it.”

Equities management is overwhelmingly active and Joy argues that at this stage in the cycle, with higher inflation, rising interest rates and lower prospective returns, active management should be able to add value.

“There are managers that can beat the market. A small number of them. They typically do fly under the radar and sometimes they are closed. But we are patient. ”

He is not wedded to active management and would happily switch to more passive funds, if it failed to deliver.

Yet even the best active managers tend to suffer from a common problem, he thinks. “My general view of fund managers is that for reasons of business risk and career risk, they over-diversify. There is lots of academic research to prove that. ”

If managers focused more on their strongest convictions, their performance would be better. Joy’s fund provides that focus by putting more money into its managers’ top ideas (without paying extra fees) – a strategy that has worked well.

Another way Joy has juiced the fund’s returns is by building an in-house capability to dial risk up or down using derivatives according to market conditions. This has to be done internally, he says, because external managers would want to do things and earn fees even if, for long periods, there was no need.

A further criticism Joy has of investment managers is that many do not devote as much attention to the nuts and bolts of running portfolios as they do to the more glamorous business of asset selection.

“The industry generally does not recognize that your operational functions can be an alpha generator as much as they should. There are so many areas where Nicky [Dymond], who is my chief operating officer, saves us money, ”says Joy, who was paid £ 520,000 last year. One cost where there have been big savings is legal fees – the fund has built up its in-house expertise to cut back on expensive external lawyers.

Want to read more of our ‘An Audience With’ profiles? Just click here

A long-time leader in ethical investment, the fund has recently been adopting a more activist approach, notably by throwing its weight behind the successful efforts to persuade ExxonMobil to develop a more ambitious strategy to transition from fossil fuels. Joy says that because of its status, the Church can have a disproportionate impact.

“Our voice is sometimes more powerful than the size of our fund. Building coalitions and commitment to effect change is really where we can play. ”

Although the Church has a list of investment areas it avoids, and has told its managers to sell all its £ 20m of Russian assets, Joy is a strong believer that engagement is more powerful than exclusion. And when it comes to putting money into ESG investments, the emphasis is very much on impact rather than portfolio purity. For example, the focus with green infrastructure is creating new assets, be it battery storage projects, electric vehicle charging networks or wind farms.

Outside work, Joy’s passion is sport, including playing cricket for his local team in Hampshire’s Candover Valley. The pitch is very close to the village church and he makes sure the batsmen know that if they knock any tiles off the roof, they will have to pay. Otherwise, his fund might end up footing the bill.

To contact the author of this story with feedback or news, email David Wighton

Teva could pay $ 3.6b to settle opioid dispute – report