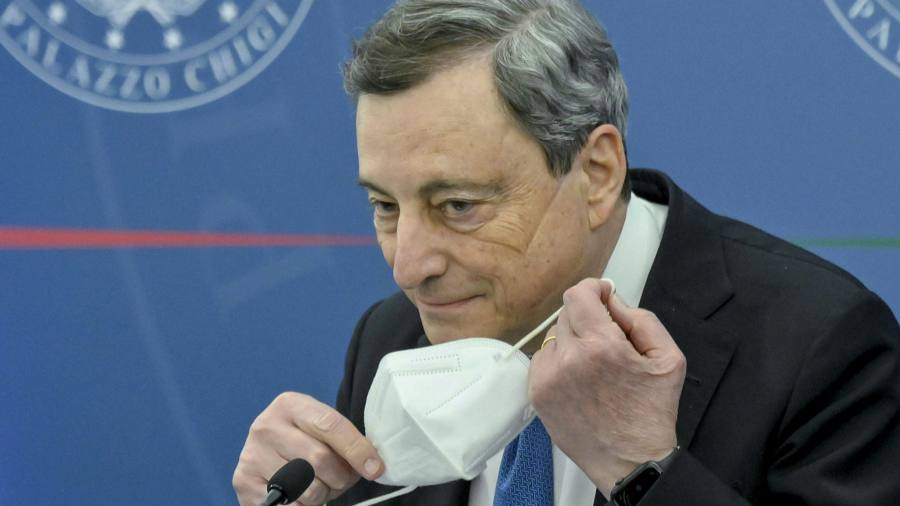 Italy has unveiled a € 14bn economic support package to help vulnerable families, businesses and investment projects cope with surging commodity prices and will increase a new windfall tax on energy company profits to fund the measures.

The measures range from a one-off cash payment of € 200 for millions of Italians living on low incomes or pensions, energy price subsidies for vulnerable families, tax credits for businesses to cope with higher energy costs, and additional funds for local governments.

Given its limited capacity for additional borrowing, the government will finance these support measures by increasing the tax on energy companies’ windfall profits to 25 per cent, up from the 10 per cent envisaged when the tax was first announced back in March.

“Today’s measures tackle above all the problem of the cost of living, which is hurting most of our citizens,” Draghi said, unveiling the plan at a press conference late on Monday night. “The government’s determination to support the economy, families and firms remains intense, determined and decisive.”

The initiative comes just days after data showed Italy’s gross domestic product shrank 0.2 per cent quarter on quarter in the first three months of 2022, as the economy was hit by the effects of the highly infectious Omicron variant of Covid-19 and the market impact of Russia’s invasion of Ukraine.

Economists have warned that surging food and energy prices will sap Italians’ spending power, leading to a sharp decline in domestic demand, especially for non-essentials and consumer durables in the months ahead.

The loss of economic momentum and the inflationary pressure generated by the invasion is a bitter blow to Italy, which in 2021 had a robust recovery from its Covid-induced economic contraction of nearly 9 per cent in 2020 and had expected its economy to be restored to pre-pandemic levels this year.

This is not the Draghi government’s first move to support the economy. In February, Rome said it would spend € 6bn to help families and businesses hit by rising energy prices – which followed a total of € 10bn in support spent since July 2021.

On Monday, Draghi also called on the European Commission to provide unambiguous guidance on whether Gazprom’s payment scheme for countries deemed “hostile” by Moscow to buy Russian gas in rubles would violate EU sanctions.

It was critical that the EU clarify its position, Draghi said, adding: “I’m waiting for it anxiously.”

The Italian government’s new measures include spending € 7bn over the coming years to compensate for a sharp increase in the rising price of construction materials, fuel and power, costs which could otherwise derail an ambitious EU-funded investment program.

In March, the Italian government said it expected to raise € 4.4bn by levying a 10 per cent tax on the increased profits reported by energy companies between October 2021 and March of this year

But the tax rate on these excess profits will be increased to 25 per cent, which would increase the projected revenues to around € 10bn this year.

At the same time, Draghi said, his government would streamline the approval process for investments in renewable energy to help reduce Italy’s dependence on Russian gas, which had accounted for 40 per cent of its gas imports.

[TOP STORY] Food inflation – are we watching that seventies show?